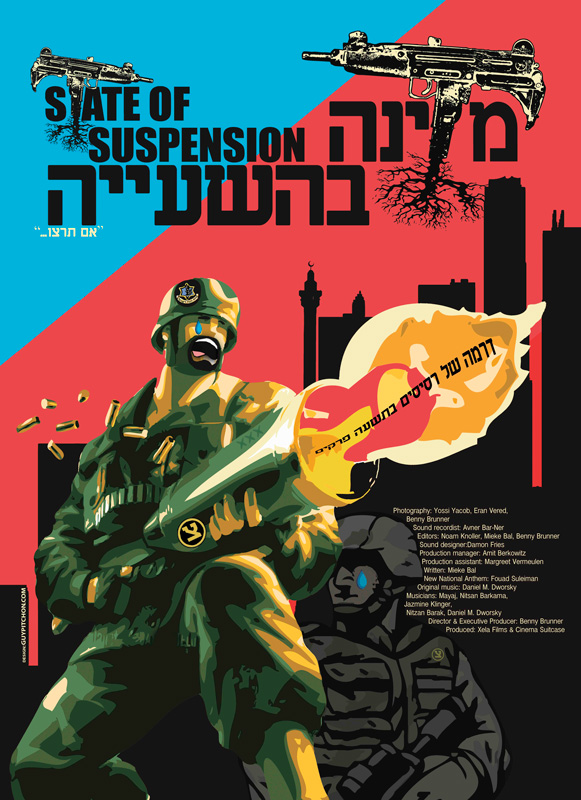 The film examines in nine chapters what has happened to us Israelis after 60 years of independence; what went wrong, how we turned from victims to victimizers.

In a series of satirical interactions Israelis, Jews and Arabs alike, are confronted with simple questions-tasks: “Look into the camera and ask forgiveness for the killing of innocent Palestinians/Israelis”. Most people refused. “If a bi-national state with equal rights to its Arab citizens will be established here and there will be peace with the entire Arab world, who should be the new state’s new enemy”?

“Hard. Powerful. Can’t wait to see the finished piece. These films are increasingly like nail guns: sharp and fast, pinning critical ideas down so an argument cannot be obfuscated, and the humanitarian issues squirm away into the half-flight of apathy”. ~ Tobias Morgan, a mentor at the Documentary Campus master school.