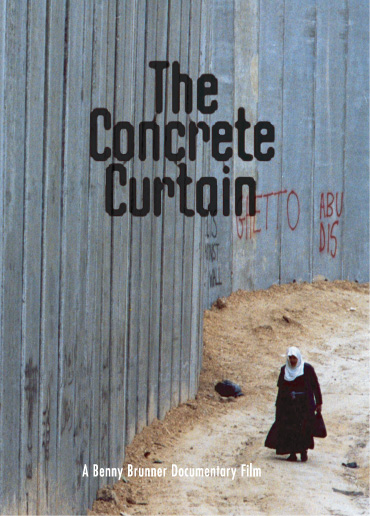 There’s a Kafkaesque absurdism to the real-life circumstances in “The Concrete Curtain” that, as in Kafka, nobody finds particularly funny. Portrait of the new injustices and bureaucratic pretzel-logic created by ongoing construction of the West Bank wall (following helmer Benny Brunner’s 2003 “The Wall”) is a rueful document that views related Israeli policies as a blatant land grab designed to isolate and drive away native Palestinians. As the wall’s ugly concrete slabs carve up Palestinian East Jerusalem, and areas are rezoned, residents find themselves in bizarre predicaments. The Israel-Palestinian border sometimes cuts through living rooms, making it illegal for a resident to be in parts of his or her own house. Extended families will now face great difficulty visiting, though as the crow flies, they’re still neighbors. A mixed-race professional couple with different travel-permit cards must soon separate and shuttle children between them, or else sacrifice careers to their newly restricted mobility. Variably outraged, resigned and simply incredulous, interviewees (speaking mostly in English) are everything but surprised at governmental maneuvers the pic’s intertitles ironically dub “Israeli humor.”